Everything you need to know 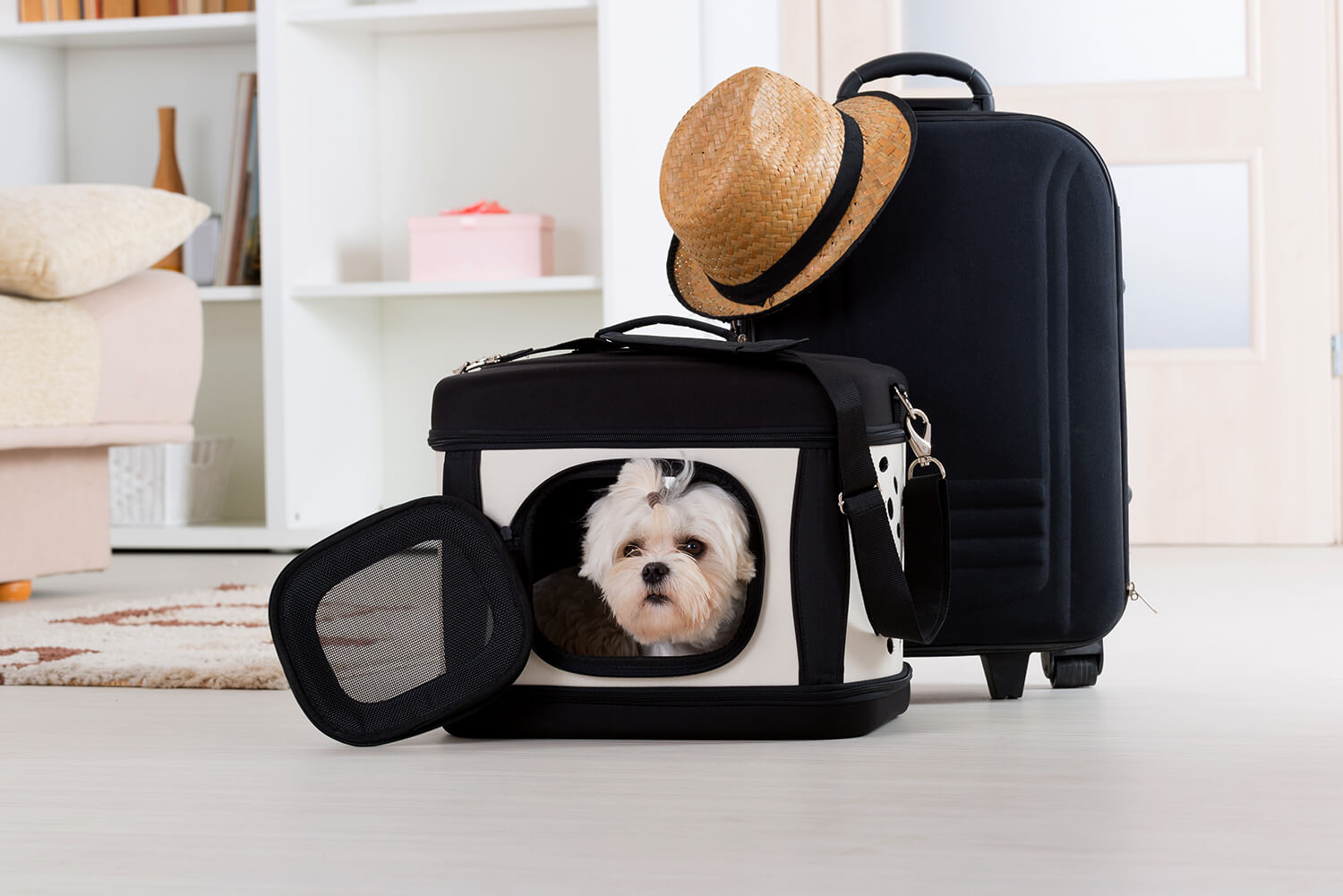 Is it safe? What are the rules? What to pack? The six questions you should ask before you take your pup on a plane.

Wouldn’t it be nice to take Chester home for the holidays to meet the family?

No, not your new boyfriend, the one you love above all others: your dog.

But before you start packing Chester’s carry-on, you need to know how to make it a safe and stress-free experience.

“When it comes to pet travel the only universal truth is that it’s a hassle to fly,” says Kaitlyn Wells, a pet expert for Wirecutter, The New York Times company that reviews products.

Here are some questions to ask before deciding whether or not your dog will also be your traveling companion.

As with most things, safety first. Always consult your veterinarian before planning your trip, as certain breeds and dogs are at a higher risk.

“Brachycephalic dogs, which have short noses, like Boston Terriers, are at an increased risk of having an adverse reaction midflight because they’re already prone to respiratory issues,” Mrs. Wells said. (Kokito, the 10-month-old puppy that died on a United Airlines flight earlier this year after being erroneously placed in an overhead compartment, was a French bulldog, which is also a brachycephalic breed.)

Also, only smaller dogs that can safely fit in a carrier bag and be stowed underneath the seat in front of you can fly in the cabin. Large dogs, as long as the breed is approved by the airline, have to fly in cargo.

The International Pet and Animal Transportation Association, a trade association for professional pet shippers, said cargo travel is safe when proper precautions are taken. It recommends that dogs be crate-trained before their trip, which helps them remain comfortable during the flight.

Cargo is an option for smaller dogs, too, but that choice is up to the owner, unless you’re flying to a country that does not allow animals in the cabin at all, like the United Kingdom.

It is rare for pets to be injured or die during air travel, Mrs. Wells said, but not being able to keep an eye on your pet for potential issues during the flight can increase the risk. The airline crew “may not be as familiar with your particular pet’s medical history, or even know how to recognize when your pet’s in distress,” Mrs. Wells explained. “I never travel with my pets in cargo; I won’t risk it,” she added.

Please complete the below request form and remember to ensure to include the species, breed, age, weight, size/measurements* and if you have an IATA approved Pet Carrier box the external dimensions: Length, Width and Height, of each carrier to be shipped

Guide To Traveling Abroad With Your Pets
Scroll to top